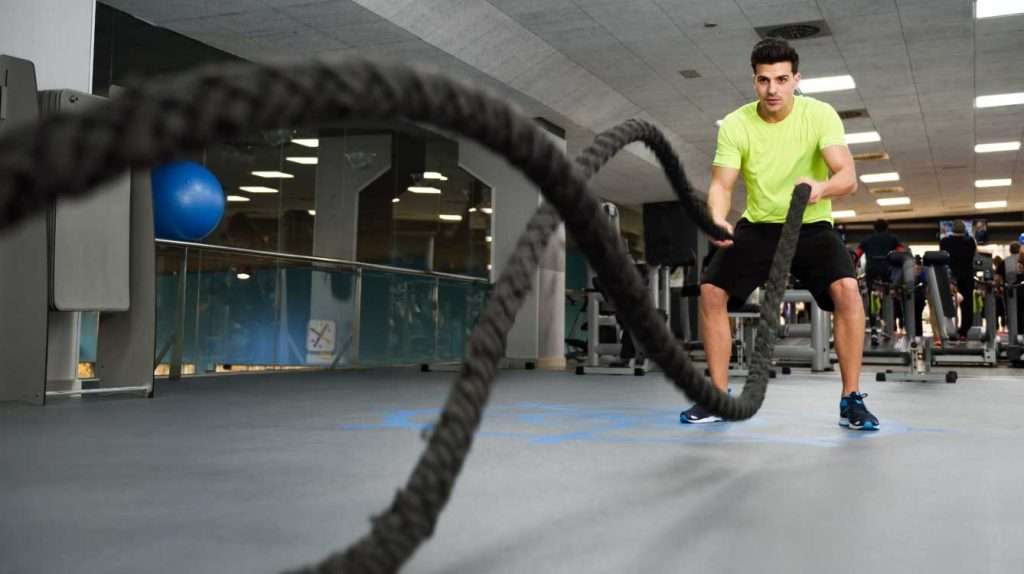 With memes on social media about the “quarantine fifteen” appearing alongside advertisements for fat-burning workouts you can do at home, you may be wondering if now is the time to adopt a strenuous exercise routine. Many of us are snacking more and moving less, and those memes—which perhaps seemed funny a couple of weeks ago—now seem both ominous and judgmental. (Did Facebook just see you walk to the fridge? Maybe…) But while high impact, heart-pounding workouts might seem like a good idea under current circumstances, it’s important to take a closer look at how our bodies respond to different types of exercise. Particularly during a highly stressful and anxiety provoking period like the one we’re all going through now, restorative movement has a major advantage over “killer” workouts. This advantage has to do with something you can’t see and rarely (if ever) think about: your autonomic nervous system.

The autonomic nervous system (ANS) is responsible for regulating the body’s unconscious actions. When we are under acute stress, our adrenal glands are overstimulated, triggering a “fight or flight” response from the ANS. This state of hyperarousal is perfectly designed to help us fight an enemy or flee from danger—and certainly the viral enemy we’re confronting at this time has all of us in flight or fight mode to a greater or lesser degree. To what degree we are impacted by this unprecedented new stressor depends on things like our personal circumstances, the daily news cycle, and perhaps most of all on our ability to self-regulate and manage stress. This is actually good news (for a change!), as it means there is much we can do to mitigate the damaging effects of acute stress on our bodies.

“Rest and digest” vs. “fight or flight”

While fight or flight mode is helpful and even desirable for short periods of time in real emergencies, it is not meant to be sustained for long periods of time—for example, over the course of a global pandemic. If you’ve been feeling restless, forgetful, clumsy, and scatterbrained, or if you’re suffering from indigestion and increased muscle tension, what you’re experiencing is likely related to the ways in which fight or flight mode negatively impacts things like rational decision making, concentration, sleep, balance, digestion, and relaxation.

The autonomic nervous system has two main branches: the sympathetic nervous system (SNS) and parasympathetic nervous system (PNS). While the reality is a little more complex, for our purposes we’ll imagine that these branches function more or less independently. The primary task of the SNS is to stimulate the acute “fight or flight” stress response described above. This response to real or perceived threat over-activates the adrenal glands, spurring the production of cortisol—a hormone which, in excess, increases blood pressure and suppresses the immune system. (This is, of course, the last thing any of us need right now). The primary task of the PNS, on the other hand, is to counteract the effects of the SNS (usually once a threat has passed), and to stimulate “rest and digest” activities—like rational decision making, concentration, sleep, balance, digestion, and relaxation. You get the picture.

We need both branches of the autonomic nervous system to function well, but when we are stressed, it’s likely that the SNS is in charge most of the time, leaving our bodies unable to access the PNS. Fortunately, there are many ways to activate the PNS—and restorative exercise is one of them.[1]

How you exercise affects your stress levels

In our focus on the “external” benefits of exercise (avoiding the “quarantine fifteen,” for example), we sometimes forget that exercise has both physical and physiological benefits.

Exercise of any kind “plays an important role in enhancing sympathovagal balance”—a fancy term for the autonomic state resulting from sympathetic and parasympathetic influences.[2] In plain language, all forms of exercise improve your ability to cope with real or perceived threats, and help you maintain a healthy and responsive “rest and digest” system.

But while restorative movement can directly stimulate the PNS (see more on this below), high-intensity, high-impact movement actually stimulates the SNS. This is not always a bad thing, but if you’re already acutely stressed, further stimulating the SNS isn’t helpful. At the very least, avoid “killer” workouts within three to four hours of bedtime, because they’re likely to inhibit sleep (an effect that reveals much about the physiological impact of this kind of exercise).

Restorative movement has the opposite effect, helping you relieve stress, fall asleep faster and stay asleep longer. Part of the magic of restorative, stress-relieving movement is that it stimulates the parasympathetic nervous system. In other words, the right kind of movement at the right time triggers biological processes that contribute to a state of being as calm, cool, and collected as possible—even in the midst of a crisis.

How to tell if exercise is stress-relieving and restorative

Restorative exercise can be defined as stress-relieving exercise that addresses alignment and healthy movement patterns. There is a focus on three key elements: breathing, alignment and positioning, and methodically mobilizing the spine. Most Pilates classes fall into the category of “restorative movement.” A HIIT workout, on the other hand, would not be categorized as “restorative,” however beneficial it may be in some contexts and for some people.

Since diaphragmatic breathing activates the PNS, even intense Pilates classes are likely to put you in “rest and digest” rather than “fight or flight” mode. This is especially true when the emphasis is on the exhalation portion of the breath cycle. Mindfully connecting breath patterns to movement also activates the PNS, because coordinating breath with movement usually involves slowing down our rate of breathing. This slower rate of respiration alone acts as a signal to your SNS, letting it know everything is okay: you’re in a safe space, and your PNS can take over for the moment.

Every video in the BH On Demand library  and in our live online classes qualifies as restorative because of the attention to breathing, mindfulness, alignment and positioning, and mobilization of the spine and joints. These classes will leave you feeling calm, rejuvenated, and strong. Make no mistake: these restorative classes are highly effective at helping you build a better body. In fact, they’ve been described as “stealth workouts,” because each session builds methodically, and the benefits creep up on you without “killing” you in the process.

Exercise science strongly suggests that killer workouts, which perpetuate your body’s stress response, are not the best approach to undoing the “damage” caused by stress eating. It may seem counterintuitive, but “no pain, no strain” works better than “no pain, no gain” if you want a better body.

As you can see in the chart below, the PNS restores the body to a state of calm, decreases heart rate, and relaxes muscles, while the SNS does the opposite.

[1] Along with restorative exercise, other ways to activate the PNS include meditation, massage, diaphragmatic breathing, playing (especially with children or animals), humming or singing, and spending time in nature.

Jacquelyn Laurenda, MA (English), has been teaching Pilates since 1997 and has been part of the Body Harmonics team since 2011. Jacquelyn believes that the benefits of Pilates and integrated movement keep our bodies and minds functioning at their best, allowing us not only to make the most of our own lives, but also to do the most good in the world around us.

At-home workouts are here to stay and here’s why!

The surprising truth about the fat you’re avoiding

Part 2: Sitting or standing, working from home is hard…