Pelvic floor: where to start? A guide for the confused and overwhelmed 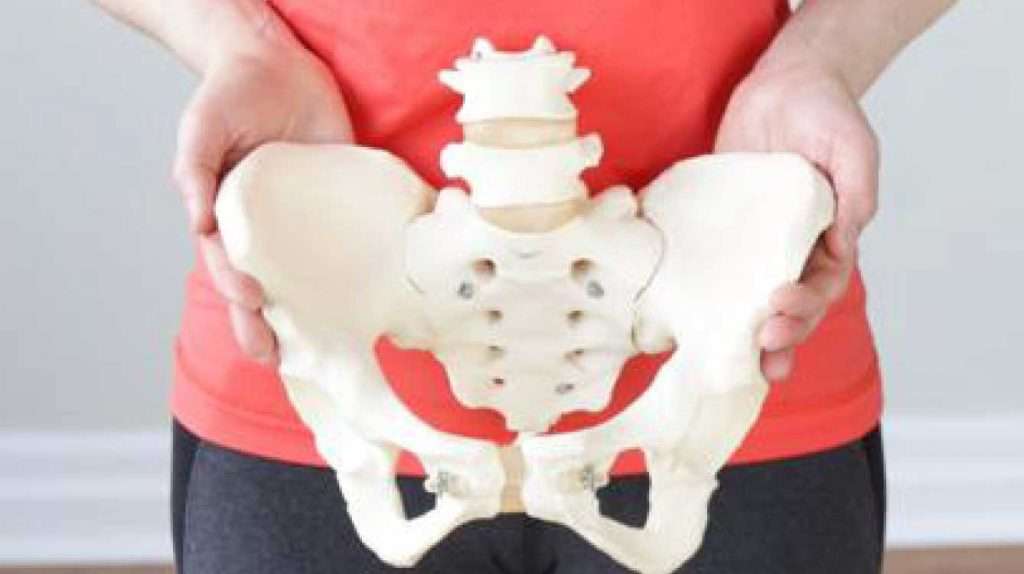 If you’re female, you’ve almost certainly heard of “Kegel” exercises—deliberate contractions and releases of the pelvic floor muscles designed to strengthen them, especially before or after childbirth. Ever since an American gynecologist named Arnold Kegel published findings on exercising the pelvic floor in 1948, Kegels have been widely touted as the best—if not the only—way to prevent or address pelvic floor dysfunction. In fact, whether you’ve given birth or not, you likely either do Kegel exercises or feel guilty about not doing them!

But chances are that in recent years, you may also have heard dissenting voices and contradictory information about pelvic floor exercises—including the suggestion that in some cases, Kegels can make pelvic floor dysfunction worse.

Guess what? It’s true: Kegels are not always advisable, and can indeed cause or worsen pelvic floor dysfunction. So how do you make sure that what you’re doing is helping instead of harming when it comes to the pelvic floor? Read on to find out!

First of all, what exactly is the pelvic floor?

1) a three-part muscle group called the levator ani (this consists of the pubococcygeus, iliococcygeus, and puborectalis), and 2) the coccygeus.

Forming a sort of sling at the bottom of the pelvis, these muscles provide support for the pelvic organs (the uterus in females, and the bladder and intestines in both males and females). Pelvic floor muscles are activated both voluntarily and involuntarily: you can contract them deliberately (as you do when performing Kegels), but they also work on their own—for example, by making sure you don’t pee when you don’t want to (or at least that’s what’s supposed to happen!). They also play an important role in sexual function.

These hard-working muscles also assist with the navigation of the fetus through the pelvic girdle during the birthing process. And as one of their often-overlooked but very important tasks, they help the body maintain optimal intra-abdominal pressure—a mechanism that, among other things, helps to support the spine. When this built-in “back brace” (so to speak) functions well, it contributes to support for the entire torso and helps the sacrum move with correct timing.

As you can see, the pelvic floor is responsible for a lot more than simply holding in the pelvic organs and (hopefully) making sure you don’t pee your pants. When things go wrong, the effects can be diffuse and seemingly unrelated. Until recently, health professionals rarely considered the pelvic floor when it came to issues other than organ prolapse. Today, with the advent of physiotherapists specializing in pelvic floor health, there is more research on the role of this area of the body in relation to a wide variety of issues and conditions.

While the connection between pelvic floor dysfunction and issues like incontinence, pelvic organ prolapse, vulvodynia (a chronic pain syndrome that affects the vulvar area), prostatodynia (a chronic pelvic pain syndrome in men), and sexual dysfunction is rather distinct, there can also be an easy-to-miss link between the pelvic floor and hip problems, lower back pain, and Si joint issues—to name a few.

While pregnancy and childbirth are the most common—and certainly the most dramatic—causes of pelvic floor dysfunction, something as invisible (to the untrained eye) as faulty hip mechanics or as mundane as poor posture can also be to blame. Obesity, infections, physical trauma (from a bad fall, for example), or complications following surgery can also cause pelvic floor dysfunction.

It may be time to seek out a pelvic floor physiotherapist if you:
– are pregnant
– have given birth (vaginally or by caesarean section; pregnancy alone is a cause of pelvic floor dysfunction)
– have pelvic organ prolapse
– are experiencing urinary or fecal incontinence
– are suffering from chronic pain syndromes (vulvodynia/prostatodynia)
– are experiencing sexual dysfunction or abnormalities of the lower urinary tract (e.g., frequent urinary tract infections)
– have chronic lower back or SI joint pain syndromes
– have chronic problems with your hips

A pelvic floor physiotherapist will examine you internally—which is the only way to get accurate information on how your pelvic floor muscles are working (or not!). This type of intervention is necessary in order to determine what type of manual or movement therapy to employ or avoid in your particular case.

Rather unhelpfully, the symptoms of a malfunctioning pelvic floor can be similar even though the way the muscles perform can be opposite. If that sounds confusing, it is! In some cases, the muscles can be locked long (i.e. unable to contract adequately). In other scenarios, they are locked short (i.e. overly contracted). And, if a person with excessively contracted pelvic floor muscles religiously does Kegels, it’s likely that the dysfunction—and the symptoms— will worsen. Pelvic floor muscles do not always need “tightening”! In some cases, the pelvic floor (either in part or in its entirety) needs to be lengthened and released before re-conditioning can be effective.

Condition the pelvic floor through movement

Unless you have been given a specific diagnosis and individualized exercises from a health care provider (ideally a pelvic floor physiotherapist), don’t do Kegel exercises. The pelvic floor functions adequately unless there’s some type of underlying dysfunction. If pelvic floor muscles are not actually weak, it’s both unnecessary and inadvisable to train them to constantly contract.

This is because addressing or preventing pelvic floor dysfunction requires an approach that considers not only the muscles of the pelvic floor, but also hip function and the entire musculature of the torso and trunk. Pelvic floor health depends on optimal functioning of the transversus abdominis (“corset” muscle), multifidi (“corset laces” running along your spine), and diaphragm, as well as good hip mechanics and well-balanced abdominal and back muscles, which work to properly position the pelvis (and therefore the pelvic floor).

To help condition the pelvic floor, focus on movements that work the entire lumbo-pelvic-hip region, including the transversus abdominis, multifidi, abdominal obliques, back extensors, and all muscles of the hip. Here are five simple exercise options to get you started:

Want to find out more?

For a more comprehensive understanding of how the pelvic floor is meant to function and what to do when it dysfunctions, check out Body Harmonics’ upcoming courses on pelvic floor health, exercise during pregnancy, and correcting diastasis recti (a condition often intimately linked with pelvic floor dysfunction).

Towards a Healthy Pelvic Floor

Movement and Exercise for Pregnancy

As a leading Pilates & Movement teacher, presenter and international trainer, Margot McKinnon, M.Ed., is known for her passion in teaching movement as well as her desire to share her knowledge with students at every stage of development. Margot is Body Harmonics' Founder and Director of Education. She is also Co-Creator of Body Harmonics Shoptalk.

"I love being witness to the building process of integrated strength, agility and power in physical ways and how this process affects mental and emotional wellbeing. 'Movement heals' is one of my favourite quotes and starting out, I thought the words sounded smart. Today I am awed by their profundity."