Improving coordination between spine and hips 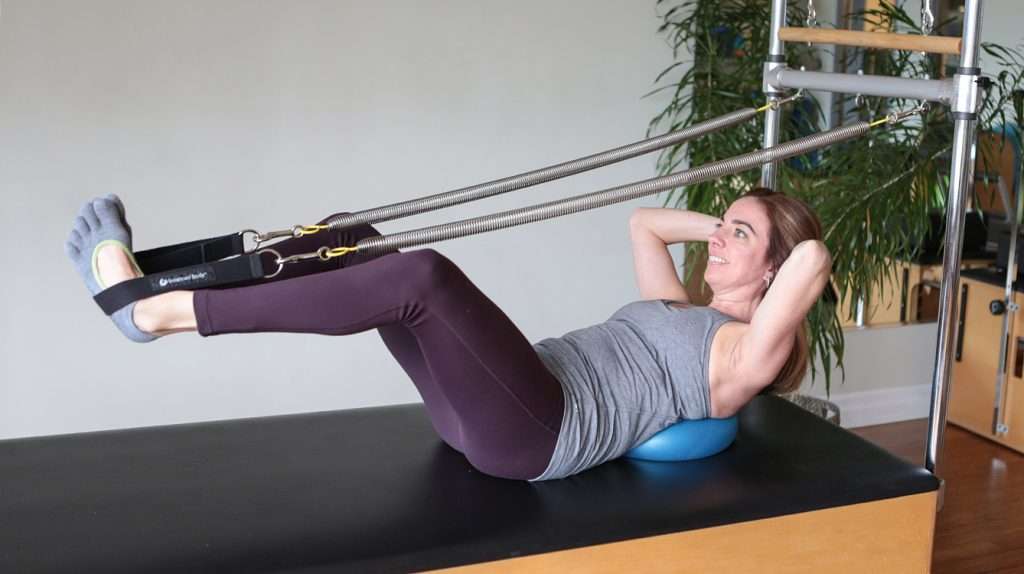 Have you ever curled forward and been asked to stay “long” in the spine? This isn’t something your instructor just made up, there’s actually a theory behind it.

S. Piret and M. M. Béziers developed a system of Motor Coordination that has been studied and practiced by movement experts world-wide. According to their theory, the movement of rolling the spine is part of the work of the “straight system”. It’s a very important movement because it brings the flexors in a perfect condition of contraction but maintaining the ideal length of the muscles fibres. This is the most functional way to flex the spine without “losing” space at the front and back of torso.

The main goal of this exercise is to give better mobility for the thoracic spine and hips as well as a good stability of the lumbar spine and pelvis.

How the exercise works

This movement starts in the occipital-C1 joint, like a small nod. The muscular activation for this movement is centralized in the hyoid bone that makes the head to flex forward and slightly back toward the breastbone. This movement goes from the C2 to about T6. This way the first ribs are pushed back which causes the widening of the upper torso and breastbone slides down toward the pubic bone.

I added the coach ball to facilitate the articulation of the upper spine and to increase the proprioception of the ribs pushing back as the spine flexes.

The other part of this exercise is the work of the hip joints and lower limbs. It’s important to work the lower limbs like spirals that can transfer the tension from the hips to the feet and vice-versa.

I added the long yellow springs just to increase the perception of the tension on the lower limbs and also to bring some extra challenge to the muscles that provide support for the core.

Clarissa Pena studied Physiotherapy in Brazil and continued her postgraduate work and research in Neurological Disorders. She is currently a senior Pilates & Movement teacher and mentor to new teachers at Body Harmonics. Not only does she bring expertise and creativity to her sessions, but also a lot of fun!

“​I use Pilates to help clients improve health and search for well-being and better quality of life. My goal is to help people become more aware of their own sensations, show them that they can gain a deeper control over their own body and learn how to alleviate discomfort. Pilates allows the recovery of flexibility, strength and harmony of movement and the body."

4 Simple steps to be a superstar sub so you…