Fascial Fitness and Pilates are alike. Here’s how.

Research in the world of fascia continues to increase every day and this makes it a very exciting time for us as Pilates instructors. The method that Joseph Pilates developed and called Contrology is in turn getting more scientific validation. With a subtle shift in emphasis, we can integrate this new information into our studio / clinical settings.

Most of us are becoming increasingly aware of what fascia is. As defined by the Fascia Research Congress, fascia is all the collagenous fibrous connective tissues that can be seen as elements of a body-wide tensional force transmission network. It is the one uniting tissue of the body.

An introduction to the parallels of Fascial Fitness and Pilates

In fascial training, we want to optimize the elasticity and resilience of this tissue, as well as optimize its force transmitting capabilities so that it can support our bodies. In turn we will be responsive to outside forces, strong, flexible, and better able to resist injury.

This principle refers to the elastic storage capacity (potential energy) of fascial tissue. The release of this energy (kinetic energy) is involved in activities such as running and jumping. As evidenced by the small legs of fast moving animals such as the gazelle, something other than muscular strength is involved in their incredible speed. Indeed it is the elastic recoil of the fascia that ensures muscular efficiency. Muscular efficiency or grading was something that Pilates spoke of, encouraging the gradation of force to meet the demand of the activity. This principle also relates to the idea of extending movements through end range and maintaining oppositional length to ensure tensegral expansion and therefore maximizing potential energy storage.

Application to Pilates: Taking this principle into account, when performing exercises such as the roll up, we want to first find oppositional tension from our fingers to toes in supine, fully elongating the front line of the body. We then transition smoothly into flexion utilizing some of the stored energy to assist the roll through the spine. Over recruitment will interfere in the fluidity of this movement (and the smooth conversion from potential to kinetic energy). Likewise in forward bend, find a little give to lengthen throughout the back line fully prior to rolling up and back.

The Ninjas were Japanese warriors who reputably moved silently. Their silence was due to the smooth execution of their movements with changes in direction preceded by gradual deceleration with a smooth transition into acceleration. This principle relates to Pilate’s idea of flow.

Application to Pilates: Once again, there needs to be an emphasis on smooth transitions. Not only the transition as it relates to the transition from concentric to eccentric work but also as it relates to velocity and oppositional force. For example, on the jump board, we can place our focus on landing smoothly and silently, absorbing forces in our tissues in order to convert the force (energy). In essence, sudden, jerky movement is avoided. This is also a consideration when doing exercises on the Reformer such as mid back or feet in straps. We need to be cuing our clients to keep a fairly consistent load and velocity and transition smoothly. This will also help to ensure the transmission of load into the centre of the body. This is another principle of fascial training discussed later.

During activities such as running, we also want to focus on landing softly and silently.

To have the greatest effect on as many myofascial elements as possible, a stretch should be loaded or eccentric. In other words, anti-gravity work. In the stretch, we also want to consider that we are finding oppositional length through the longest myofascial line possible (versus a more traditional emphasis on isolated muscle stretching).

Pilates often spoke about the necessity for individuals to gain a greater sense of their relationship to forces like gravity acting on them. It is challenging to sharpen our kinaesthetic senses and find anti-gravity support in our bodies versus a constant focus on concentric work.

Application to Pilates: I have found the use of small weights (1-2lbs) helpful in giving people a greater sense of the supporting the weight of their bodies against the pull of gravity. For example, in performing shoulder arcs.

As previously mentioned in forward bend emphasis is placed on slowly lowering the the body forward versus pulling the body toward the ground. Likewise in side bending, the contralateral side of the body works eccentrically to lower the body in a controlled way.

In order to apply tension throughout the fascial net on multiple vectors, as well as to alternately lengthen and activate the longest myofascial line possible, it is necessary that movements involve the entire body in many different planes.

Joseph Pilates spoke of the necessity for whole body movements as well as balanced muscle development. This principle of fascial training speaks to that. The Classical Pilates repertoire has been criticized for being largely in the sagittal plane however as contemporary Pilates instructors, we can make modifications to exercises in order to change the plane of the movement. I think it is important to emphasize that Pilates gave us a good foundation of principles and we need to constantly adapt exercises to the latest research as well as the current world and society we live in.

Application to Pilates: Fortunately the equipment that Pilates developed such as the

Reformer, Chair, and Cadillac are very adaptable and exercise repertoire is only limited by our imagination.

Fascial tissue is highly innervated, particularly the superficial layers. We now know that a large part of our position and movement sense comes from information from the free nerve endings in our fascial net as well as nerve endings in myofascial tissue. Pilates principles of concentration,

control and precision can be related to these fascial training principles. That is, we know that focusing on control of our movements is very important. In fact, proper movement tensions fascia properly. (The reciprocal – Optimal fascial tension helps to guide proper movement also appears to be true.)

Application to Pilates: As instructors, we need to encourage our clients to feel for what they are doing (develop greater body awareness). I often tell my clients to consider that they are on a movement exploration. Giving sensory cues is helpful. For example, when cuing for hip roll, the shift of weight into the feet and then smoothly and evenly up the back helps to ensure the segmentation of the spine in this exercise (as well as proper tensioning of the tissues to ensure optimal spacing of the vertebral bodies). Eric Franklin and the Franklin method is a great source for movement imagery and works well with fascial training principles.

It is important to keep in mind that the cortex of our brain does not direct muscle activation, it directs movement. In turn, movement is refined by sensory information. It is vital for us as Pilates instructors to have a good working knowledge of movement (including accessory joint movement) and biomechanics so that we can guide our clients appropriately.

This principle relates to the Pilates principle of centering. That is, initiation of movement is from proximal to distal in the body. We can sense this as a setting of the “core” prior to the initiation of movement. It is important that this setting is experienced as feedback that movement is being performed correctly rather than activating the core volitionally prior to the movement, which may disrupt the movement and proper myofascial synergies.

Also consider that core is a perceptual midline that needs to be maintained during movement rather than muscles that need to be braced.

Hopefully it is evident that as Pilates Instructors, we are really optimally positioned to help our clients to train myofascially in order to maximize strength, flexibility, and tissue resiliency to best prevent injury.

Join me and learn more

Each year, I present a Fascial Training for Balanced Strength workshop at Body Harmonics studios in Toronto. If you’d like to learn more about the principles above, see them put into action, and continue to explore the world of fascia, join me on Oct 23, 2016. 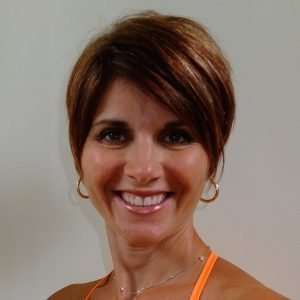 Since I was first introduced to fascia, specifically myofascial chains in a workshop with Tom Myers in 2006, I have continued to seek out information and apply it to my work in the studio.

The thing that continues to drive me forward in this pursuit is that it just makes sense! Pilates has always touted promise of a longer leaner body. Now we can explain why, with a focus on control of movement, we can truly glean what has been promised.

Since I became a fascial fanatic, I have experienced profound changes in my own body, as well as the bodies of my clients. Among these changes are increased strength with less muscular force (stress), better overall mobility, improved tone, and a general sense of wellbeing.

Guest authors contribute stories to our Shoptalk blog that are based on their expertise and experience with Pilates, movement and related disciplines. If you'd like to contribute an original article for us to share with our loyal readers, please contact us at: [email protected]

Articles may be edited for length and clarity. Those published on Shoptalk remain the copyright of Body Harmonics. If you share Shoptalk articles with others, please credit Body Harmonics. Thank you!